Trump is the Last President! You are the Last Generation!

September 29, 2018
Trump is the Last President! You are the Last Generation!


Be sure to forgive everyone you haven't forgiven. To love as we are loved and to forgive as we are forgiven. If we can't forgive others then why should God forgive us? Take care of it now face to face or ear to ear. Time is running out. Love, repent, forgive, repeat. God bless!﻿

During a red carpet interview for the premiere of his latest film, Johnny Depp suggested that a Donald Trump presidency would be “exciting” for America because the billionaire real estate mogul would be the “actual last president of the United States.”

Michael Moore: If Elected, Donald Trump Would Be “Last President of the United States”

With the presidential election just a day away, we continue our conversation with Academy Award-winning filmmaker Michael Moore, the director of “Roger & Me,” “Fahrenheit 9/11,” “Bowling for Columbine,” “Sicko,” “Capitalism: A Love Story” and “Where to Invade Next.” He has just released a surprise new film titled “Michael Moore in TrumpLand.” On Thursday afternoon, we spoke with Michael Moore about his new film, in which he suggests that the election of Donald Trump will herald the end of the United States.

Book From 1800’s Predicts Trump Will Be ‘The Last President’

In “Last President (1896)”, there is an underdog that ran for President who no-one believed he would win. He lived on 5th Ave in New York (Trump Tower is actually on 5th Ave). There were riots and protests all over the land as a result of his Presidency. His Secretary of Agriculture was named “Lefay Pence” (check out pg. 16).

In “Baron Trump (1893)”, he lives in “Castle Trump,” and is a wealthy aristocrat guided by “The Master of all Masters” called “Don” to find “Goggle-Land” somewhere in the middle of Russia, which is described as a “World within a World” where everything is made of silver with marble roads.

Disreputable fact-checking site Snopes attempted to debunk these books, but were forced (reluctently) to admit they are real.

The Last President opens in New York City on November 3rd, 1896, with the announcement of the newly-elected president of the United States, who happens to be an outsider candidate – the candidate who represented the “common man,” who would liberate the people from the grip of the bankers, and “undo the bad business of years of unholy union between barters and sellers of human toil and the law makers of the land.”

Aka, an anti-establishment candidate.

The very first page describes New York in turmoil over the announcement, with mounted policemen yelling through the streets:


“Keep within your houses; close your doors and barricade them. The entire East Side is in an uproar.

Mobs of vast size are organizing under the lead of Anarchists and Socialists, and threaten to plunder and despoil the houses of the rich who have wronged them for so many years.”

As the riots advance upon Madison Square, the book reads,


“The Fifth Avenue Hotel will be the first to feel the fury of the mob.
Would the troops be in time to save it?”

According to Newsweek, Trump Tower now sits where The Fifth Avenue Hotel used to stand.

Popular posts from this blog 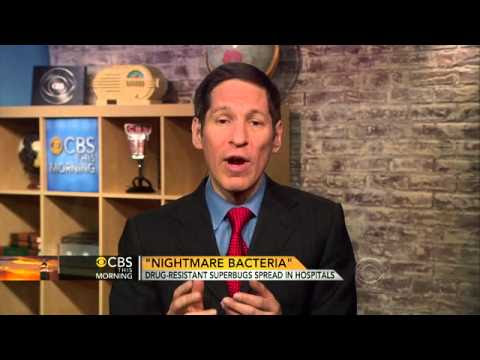 
The Centers for Disease Control and Prevention detected more than 220 cases last year of a rare breed of “nightmare bacteria” that are virtually untreatable and capable of spreading genes that make them impervious to most antibiotics, according to a report released Tuesday.

Although the CDC has warned of the danger of antibiotic-resistant bacteria for years, the new report helps illustrate the scope of the problem. Dr. Anne Schuchat, the CDC’s principal deputy director, said she was surprised by the extent of the spread.

“As fast as we have run to slow [antibiotic] resistance, some germs have outpaced us,” Schuchat said. “We need to do more and we need to do it faster and earlier.”

The CDC set up a nationwide lab network in 2016 to help hospitals quickly diagnose these infections and stop them from spreading.

One in 4 germ samples sent to the lab network had special genes that allow them to spread their resistance to other germs, the CDC said. In…
Read more 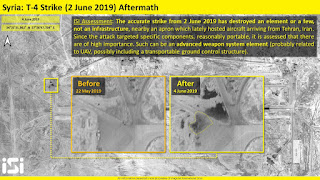 Blackwater (now known as XE Services) is providing Iranian opposition and militant group Mujahedeen-e-Khalq (MeK) with equipment that could be used to disrupt both landline and mobile telephones. The report also said the instruments were to be used for espionage activities against Iran and, referring to XE Services as Blackwater, called the firm "a mercenary company … capable of engaging thousands of armed security forces in most sensitive conflicts around the world." This report was not accompanied by reports of seizures or arrests in Iran that would indicate that Iranian authorities acted on the intelligence.

MeK began as a pro-revolutionary group during the Iranian revolution, but turned against the new regime in the 1980s after the group was not allowed a place in the government, a…
Read more

In China, the Lunar New Year will be the year of Peppa Pig 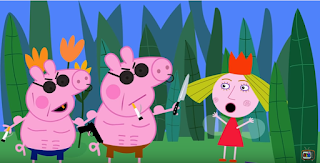 
Peppa Pig, once namechecked by the Chinese government for being too “gangster,” will now be ushering in the Lunar New Year in 2019 on the big screen in the Year of the Pig.

A feature film starring the British cartoon icon, translated as Peppa Pig Celebrates Chinese New Year, will hit theaters in China on Feb. 5, the first day of the holiday. The film is a co-production between Entertainment One, which holds the rights to Peppa Pig, and China’s Alibaba Pictures, and according to a recently released trailer (link in Chinese), it tells a story of how two Chinese children—and their friend Peppa—celebrate the festival with their families.

In the film, Peppa, who speaks Mandarin—and appears in her original un-gangster-like self—is friends with two children nicknamed Jiaozi (dumplings) and Tangyuan (glutinous rice ball), both foods traditionally eaten during the festival. She is tasked with getting Jiaozi, a three-year-old boy, out of bed, after both fireworks and a dog…
Read more